Why VC and data science is a love marriage 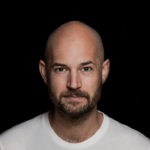 Would you believe anyone who says that data and digitisation doesn’t matter in their industry, because their domain is different?

Great suggestive question, I know, but the point is: You don’t. And neither do we.

But here comes the cool part: Data and VC is not just a match, it’s a match made in heaven.

Big words? Maybe, but what is love without a little exaggeration. Besides, often it takes a second (closer) look to understand why the best matches are working so well.

So, let’s take that look!

Venture capital has been driving innovation and digitisation across industries, but ironically the VC industry itself can’t really claim they have been ahead here when it comes to their industry.

Today, VC still largely relies on networking and building relationships. Being in the right room at the right time (although COVID19 already raises critical questions about how this practice can be continued in the future).

To a large part this is due to the nature of VC itself. Young tech firms are private, information about them is scarce and thus valuable. And founders can only give so much of their equity until they lose control over their company, so there’s another scarcity.

No wonder why the industry keeps their cards close to the chest.

But there is another point, young firms are abundant. And they all look alike. Who would have been able to point out exactly that one garage in the 70ies where Apple was being built? It’s the notorious needle in the haystack (and the haystack is quite big).

So firms and VCs have been bundling up in a few hubs worldwide to be close to each other, to mingle. But this excludes everyone from the party that is not located around the corner and is therefore not able to quickly discuss some awesome new project over coffee.

This will change and has to change. The world is growing more globalised and the tech scene is growing with it. It will be more democratic, more inclusive and more fair. Data and data science will be a driving force of this change and thus it will not only be an add-on, but a must-have.

VC is and has always been a fundamentally human game, but even more so it is a decision game. Ultimately it’s about making the best decisions concerning incredible uncertainty, given the very limited amount of information available.

We believe any major decision a VC takes in the future is underpinned with data and algorithmically prepared, seamlessly, enabling the investor to focus her attention where it is most needed and where the machines can’t help.

To make the point, we, of course, turn to the sector we love and know best: construction and mining.

There are three things about our beloved sector that you probably heard us telling everyone that is willing to listen and also everyone else:

The first is why Foundamental as a dedicated construction VC exists. Two and three make the case for data science.

We try to understand the hows and whys on-site, the processes on the ground and the local peculiarities, but also the global themes. We need to be efficient enough to cover developments in Bangkok, Barcelona, and Boston at the same time, while also being able to recognize patterns across them.

This is why a quarter of the Foundamental team were data scientists, when starting in late 2018.

After two years of obtaining, juggling, and connecting data as well as integrating it in our workflows we see clear results: faster and better decisions.

After all, what type of language would the word “service” be in a marriage…

Our evolving platform helps us observing, clustering, sourcing, evaluating, and tracking deals. It makes our day-to-day work more efficient and transparent. It reduces wasted time and frees up human resources that can be applied in areas where humans are superior to machines (think of empathy, soft skills, or communication just to name a few).

Any organisation is a decision making machine. Humans are driving it, processes are the cogs and data is the oil. Did someone say “Data is the new oil”?

This is why data science can return even more value if it isn’t just focused on a decision, but on the decision making process. Meaning that any bigger decision (say, investing in a startup, for completely unrelated reasons) is always done in a context.

This context is actually a long chain of smaller and smaller decisions that everyone involved takes. Making any part of this chain of decisions more efficient and accurate, even only slightly, will therefore compound along the way.

And, the final outcome will be better. Any investor’s heart glows when hearing the term “compounding interest”, but it’s not just money that accumulates, it’s also efficiency.

(As a side note: Interestingly often a gain in efficiency has to be paid for by a loss of resilience. In the current pandemic this all too often got painfully visible. Also traditional VC processes are heavily affected by pushing more and more decisions to be done remotely. Tapping into more data sources here greatly increases the resilience of the decision making process.)

But let’s finish with the best part (yes, the best always comes last): as our key workflows are now based on and done through the platform, we create tons of data that allow for learning loops, making the platform not just efficient, but self-improving.

To drag the analogy along one last time: A good relationship is not just benefiting from each other’s strengths, it’s growing together.

This is artificial intelligence beyond the buzzword.

So, if you are equally passionate about how data is changing not only the industries VCs are investing in, but also VC itself, hit us up and join the ride. We would love to hear your take on it!