Why every epic ending boosts ConstructionTech 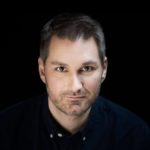 Today we all learnt that a major ConstructionTech firm is allegedly about to close shop. It started with much fanfare and a high-profile management team in 2015. $1.6 billion in funding later, we all ask ourselves where we stand in ConstructionTech.

If you’re like me, an eternal optimist – every ambitious founding team that trailblazes an industry allows others in the industry to learn. Like, big time.

Make yourself comfy, get a refreshing beverage. Here’s why an epic ending  initiates the boost sequence for the ConTech rocket.

The tale of Icarus

Let’s go way back. As far back as ancient (and mythological) Greece 🇬🇷. Anybody remember the story of Icarus? Here’s the gist:

Daedalus fashioned two pairs of wings out of wax and feathers for himself and his son. Daedalus tried his wings first, but before trying to escape the island, he warned his son not to fly too close to the sun, nor too close to the sea, but to follow his path of flight. Overcome by the giddiness that flying lent him, Icarus soared into the sky, but in the process, he came too close to the sun, which due to the heat melted the wax. Icarus kept flapping his wings but soon realized that he had no feathers left and that he was only flapping his featherless arms, and so Icarus fell into the sea and drowned.

Bibliotheca of Pseudo-Apollodorus, first century BC

In a nutshell: Someone who has more experience in the field gives you solid advice. You think you know better (complacency) and are infallible (hubris). What was supposed to be a nice weekend trip over the Greek coastline, turned out to be your fall to death. Whoopsies, I guess.

Construction is breaking out

Here we’ll leave ancient Greece for a moment (we’ll come back to it later). Let’s fast-forward to the year 2020 and look at the conditions in ConTech.

Were they maybe caught in a bad situation? Bad timing?

Here are the facts. 2020 brought major milestones for the real estate technology sector:

2020 had also shed some light that ConTech is breaking out. There is a strong recurring pattern we can apply to the real estate tech sector: it takes 5-7 years for a sector to go from $5B to $50B of venture capital (VC) funding. There is usually accelerating growth in this pattern, as the step-up from $10B to $50B only takes 2-4 years while the step-up from $5B to $10B takes the other 2-4 years within that time frame. That pattern is extremely reliable:

ConTech just shattered the $10B barrier in early 2021. In other words: the conditions are near-perfect for all ConTech founders. Even more so, they are perfect for companies with media attention and capital to accelerate their growth.

From here, it’s safe to assume ConTech is breaking out. It will be a vertical ride for technology in construction in the next 3 years.

Several ConTech models are breaking out in particular

With Foundamental, we invest in early-stage technology ventures in construction. We do so on a global scale (and are the only ones doing so). 40% of our venture capital is invested in Asia, the rest across North America + Europe.

What we realized across all those markets is that 3 models in particular are getting commercial traction and fundraising traction:

So why do Digital GCs end?

Time-out, Mr. Author. If tech-enabled general contractors are breaking out, and all market conditions are near-perfect for ConTech ventures and scale-ups. What went wrong here?

Construction is a humbling business

When we started Foundamental 3 years ago, we had done our diligence. We had done almost one-hundred discussions with operators from the industry. It took us close to one year to build our thesis about the sector.

And now, 3 years later, I am writing these lines fully conscious how little of the sector I really know. Construction is a humbling business to be in. And it reminds me every day of it.

Everybody knows construction operates under a low degree of standardization (to date). As a result, workflows tend to be roughly similar but can be very different in detail. So far so good.

But consider this: Construction projects are the result of mechanically integrating millions of parts into a final product. In regard to its number of mechanical parts, it is similar to aerospace and automotive.

Every moving part – every screw, every roof shingle, every faucet – might eventually be a single point of failure during the construction process, holding up the entire project.

That’s the exact point where aerospace and automotive mastered their respective complexities. They standardized. They reduced variants. And then they built the same part a million times, over decades, and retained those workers and engineers to institutionalize their knowledge.

Construction, on the other hand, has not done that as an industry (yet). For that reason, construction requires a ton of detailed operator knowledge. It is the most humbling of all businesses I have encountered in my life to date.

Here’s what we learnt about tech-enabled general contractors (“Digital GCs”). There’s really a whole new generation in the market, which was built on fundamentally different assumptions in the last 1.5 years.

The Digital GC 1.0 model is trying to handle construction’s complexity and single points of failure by physically integrating the assets and workflows. The thesis is that thereby these 1.0 players gain a higher degree of control over the boundaries and interdependencies, thus – so the theory – ultimately reducing complexity. More control = more standardization = less parts = less complexity.

There are 3 issues we observe with this assumption in the 1.0 model:

(ii) it creates static supply chains, less fit to deal with flexibility requirements in construction (think about this: if you build a few big a** factories across the country, you want them to be fully utilized. However, if those factories only serve you, then it’s up to you to fill those factories with demand. What if demand changes? What if timelines change?). As a result, the standardization you dreamt of never comes to pass, because you are fighting a constant struggle to keep your factories utilized and you take orders for completely different buildings. Paradoxically, the 1.0 model wants standardization but is adversely incentivized to accept demand that harms standardization.

We have seen the 2.0 (multi-family focus) and 2.1 (single-family focus) models emerge since mid-2019. We have an inside view in five 2.0/2.1 firms in North America, Europe and Asia, and we are keen to add even more to our portfolio.

We learnt that the 2.0 and 2.1 models are built on assumptions that fit the construction fundamentals much better with a venture approach!

Curiously, the 1.0 model was initially hailed to bring “automotive manufacturing to construction”. If you ask us, the asset-lite nature of the 2.0/2.1 models is much closer to how the automotive industry operates. A car OEM prescribes a certain model (eg. a Toyota Corolla), what parts are required to build that model (eg. airbags, electrics components), goes out and qualifies a group of Tier-1/-2 suppliers and purchases capacity from those suppliers against a guaranteed volume. But the OEM does not manufacture those parts. They assemble them, brand them, distribute them, and organize the supply chain. This, in essence, is the new Digital GC 2.0/2.1 model. This is what the 1.0 model taught us to do in construction. Don’t own the factory – own the platform.

We see 1.0 models in any industry ending prematurely all the time, and showing subsequent founders and investors what they could learn from it.

Today, ordering groceries online has become a multi-billion $ business, driven by Unicorns such as Instacart (founded 2012; a company that my co-GP Adam Zobler had invested in) or Flipkart (founded 2007), and recently fueled by ecommerce giants such as Amazon. COVID has made grocery deliveries so normal for us, I bet you can’t even remember a time where online grocery shopping was not around. Today, in hindsight, this innovation opportunity looks like a safe bet, doesn’t it?

A car OEM prescribes a certain model (eg. a Toyota Corolla), what parts they want to build that model (eg. the airbags, electrics components), goes out and qualifies a group of Tier-1/-2 suppliers, and purchases capacity from those suppliers against a guaranteed volume. But the OEM does not manufacture those parts. They assemble them, brand them, distribute them, and organize the supply chain. This, in essence, is the new Digital GC 2.0/2.1 model. This is what the 1.0 model fail taught us to do in construction. Don’t own the factory – own the platform.

Few remember that Webvan had been trying to innovate online grocery shopping + delivery already in 2001. This was the 1.0 model of online grocery shopping. Webvan owned the fleets, owned the storage facilities and distribution centers. The result: Webvan went bust and burnt $830 million in the process. What Webvan got wrong was that in 2001 they bet on multiple major assumptions they all had to get right at the same time: consumers shopping more online, consumers trusting the quality of perishable goods without seeing them first hand, intra-city delivery networks emerging, route optimization software emerging, and retail competitors reacting slowly.

Instacart and Flipkart were able to be successful just a few years later because delivery networks were beginning to emerge then, and because they built a 2.0 model that utilized an asset-lite infrastructure around the gig economy. The 2.0 grocery shopping model learnt from Webvan to be the platform that prescribes and coordinates how their customers get their groceries – and not do all moving parts of the model themselves.

Ultimately, the 1.0 model’s core thesis was wrong. They focused on the wrong levers.

In summary, the 1.0 model believed that it could redefine an entire high-complexity industry by owning and operating as much as possible themselves. A lot of the 1.0 core thesis was about automation and procurement volumes. But to get there, the 1.0 model creates new problems: Static supply chains and lack of institutionaliz-ed knowledge contributed to their fall from the sky before they reached the sun.

The 2.0/2.1 models like Juno, 011h, Welcome and Brick & Bolt are built on different levers. A Digital GC is not about automating as much as possible, or controlling every aspect of the execution out of one hand. A Digital GC 2.0/2.1 is about:

The last 4-5 years in ConTech taught us that we as ConTech founders and investors should be grateful for anyone’s trailblazing and ambition. We can build an entire generation of 2.0/2.1 ConTech pioneers on the back of the 1.0 model’s earned learnings. And those learnings are the fuel to ignite ConTech’s rocket booster.