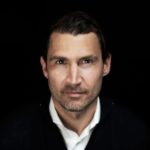 What may sound like a catchy title, is our argument for the use of exoskeletons in the built world. Well, not exactly Tony Stark custom bespoke “Mark VII” duds as seen in Iron Man (super-sonic flight might be product-feature overkill – maybe?), but lightweight and affordable devices.

The young don’t want to get their hands dirty

Construction has many big problems (CO2 to name one that comes to mind), but an aging labor force is among them. Between 25 and 41% of the construction workforce today will be retired by 2030. This is a problem in itself, but it gets worse: While 74% of young adults (18-25) know in what field they want to pursue a career, only 3% are interested in the construction trades. The young, obviously, don’t want to get their hands dirty. Combine that with a moderate increase in productivity and output growth and you have a labour shortage of three million workers by 2030 in the best case(!). For the worst case scenario you can roughly add another five million workers the US construction industry will be short in ten years time. Put differently: we are on a trajectory of building the most complex projects we’ve ever built with the least experienced workforce we’ve ever had.

Can you blame the 97% of young adults who shy away from construction trades? Working onsite is a hell of a job. We say that with the deepest respect for construction and its workers, but you can also take it literally: OSHA estimates that Musculoskeletal Disorders (MSD) that result from lifting heavy items, bending, reaching overhead, pushing and pulling heavy loads, working in awkward body postures, and performing the same or similar tasks repetitively are one of the most frequently reported causes of lost or restricted work time in the US. Like we said, it’s one of the toughest jobs on earth.

Exoskeletons are here to stay

Professionals, throughout the globe, have their edges defined by what their body lets them do. With today’s Exos you can both reduce the strain on the user’s body and enhance the user’s physical capabilities – to increase strength, endurance and mobility. Sounds too good to be true? Not to us.

The key drivers are lightweight and affordability. Looking at companies like Roam Robotic we are on the brink of checking both boxes.

Traditional robotic techniques – resulting in very heavy, power hungry costly machines – are romantic however quite unrealistic, suitable for only a narrow range of applications. Where previous exoskeletons went wrong: early designs were heavily influenced by pop-culture films in the 80’s/90’s. Think of the Power Loader Exoskeleton in Aliens. Cool, right? Absolutely. BUT exoskeletons true value is when you capture motion, enabling continuous, fluid & dynamic movement. Those devices were anything but agile.

Once technology is flushed out, adoption is still an obstacle. While we admit construction has notoriously been a late bloomer in tech adoption, the current renaissance period may signal new trade winds ushering in new, innovative solutions.

Just think of Iron Man again: at a very high arc, you as an individual can do more good when wearing a suit of technology. Getting support with heavy lifting will not only make you achieve more in the same time, you also do it in a much healthier way – humans are notoriously bad for appropriately accounting for long term injury risk. For short term injuries pain is usually an indicator. However, for long term injury risk, improper movement/posture, we’re terrible at it. So, drive assistance through intelligence by cataloguing movement deviations over time at an individual level, to optimize the long-term problem. Thus, resulting in fewer injuries (happy employee, happy employer!). If exoskeletons support ease of use without strenuous training and doesn’t look like a walking death trap, we are convinced construction workers will go for it, and companies will encourage them to do so. Again, we are on a trajectory of building the most complex projects we’ve ever built with the least experienced workforce, why it’s our opinion preserving aging labor through augmentation will become a pull market.

As a company your benefits are both immediate and long-term, too. With your workers expanding their physical boundaries and decreasing worker fatigue and labor productivity increases. With less day-to-day physical strain & work-related injuries, you (as a craft worker and employer) benefit from a career-longevity gain. Having the worst-case scenario in mind, you get more done in less time and the trades may become more attractive to the younger demographic (who doesn’t want to be Iron Man?).

Long-term we think of exoskeletons as a holistic Fitbit. A next generation wearable that measures and optimizes physical-labor (J.A.R.V.I.S anyone?).

For example, given real-time site visibility/capture is fast becoming a requirement in the construction industry as the importance and value the data is being realized, exoskeletons could integrate with growing site-level solutions: digitally geo-fence an area to restrict any human interaction within specified coordinates, proactively reducing the 150,000 accidents and injuries each year. The construction site becomes more preventive and less reactive.

In addition, an employer can leverage imbedded sensors and other data capture technologies on exoskeletons to compliment new underwriting insurance structures or develop productivity or site management applications. You’re going down that road? Hit us up.

Iron Man has a 94% Rotten Tomatoes rating. Now you know why our excitement for exoskeletons in construction rates pretty much the same. Let us know how you rate the prospects of exo-suits and stay tuned. We’re definitely keeping an active eye on the space and its leaders.

This article was originally published in Construction Tech Review.