Want a Glimpse Into The Future World Dominated by Autonomous Vehicles? Look No Further Than Off-Highway Construction Sites 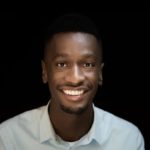 The hype around autonomous vehicles (AVs) is real. And, frankly, it should be. With billions of dollars being poured into AVs annually (a whopping $4.2B invested in the first 3 quarters of 2018), we’d be concerned if there wasn’t a hype.

But, let’s be fair, we still have no clear idea when we’ll see fully autonomous cars, SUVs, RVs, pickup trucks, school buses, or beautiful sport cars on our city streets and highways (what we define as on-highway). On-highway autonomous vehicles will require well-developed and tested expensive lidar and radar systems, high tech infrastructure, and cloud computing and mapping providers to become fully operational and ubiquitous on our roads.

Currently, vehicles do not fall neatly into two categories of “automated” or “nonautomated” because vehicles on the road today have some level of automation. What we are referring to are vehicles that are classified by the Society of Automotive Engineers International (SAE) as Level 4 and, and perhaps even more so, Level 5 (see appendix at the end of this article for a description of all levels). Vehicles sold today predominantly fall into Level 1 and Level 2 of SAE’s automation rating system.

Some argue market-ready on-highway AVs of Level 4 and Level 5 within as little as 5 years. We at Foundamental argue that it will take longer than that. We shouldn’t only consider technology but also the required regulation and policy that needs to be legislated and enacted (which would be an entire article in itself).

So, this begs the question, will we see fully autonomous Level 5 vehicles this decade? The answer is yes, but we have to look in an unexpected place: off-highway.

“Some things are so unexpected that no one is prepared for them. “

— Leo Rosten in Rome Wasn’t Burned in a Day

An off-highway environment (think large heavy machines on a quarry or mine site) is more predictable, in a controlled setting, and requires less outfitted technology. We couple this with the fact that the industry will increasingly be impacted by labor shortages — placing the need for AVs front and center.

To really make a case that off-highway will lead the pack in terms of deployment, let’s take a look at the market and productivity gains.

At Foundamental, our insights team found that global construction unit sales in 2021 will reach 999,770 at a value of almost $90bn dollars — with India expected to hold the largest potential for future growth. Fully autonomous vehicles currently hold a market share of less than 1% of total construction equipment sales worldwide but given global equipment sales will grow 2.5% each year until 2022, coupled with the exponential growth in adoption of fully autonomous vehicles, the market share will likely double in size at least in the next two years. Fully autonomous sites are already common place in Western Australia (capturing 75% of global demand for autonomous trucks), with some other large scale activities in South America (Chile and Brazil).

There is a critical mass of companies developing AV software and Original Equipment Manufacturers (OEMs) developing their own AVs with $50B+ market capitalizations that are ushering a new era of autonomous vehicle technology, albeit with varying tech focuses.

The market is certainly there. The productivity gains are meaningful. Cost savings are realized. So, one might be wondering, is there a catch?

Vehicle pricing is an important challenge, specifically from a pre-operational cash outlay perspective and the economic viability of new projects. In 2018, McKinsey & Company announced that they expect fully autonomous 250-tonne haulage vehicles to be priced at up to $6M. From our own analysis, total implementation costs, assuming 10 trucks and 15 ancillary vehicles at a mine site, could be as much as $13M USD from data gathered from Australia.

This price would not necessarily be an obstacle for the larger mining operators, for example, with $50+ billion market capitalisations. But, smaller operators would be slower to adopt at this price point, if at all. The task is made even more daunting by the fact that autonomous technology is simply a part of a larger vehicle, so this technology is an expensive addition to a global supply chain that is already costly and complex.

It might appear at this point in the article that I somehow have disproved the point attempting to be made (and indeed the purpose of this article) that we should be looking at off-highway first in large scale AV deployment. Bear with me here. We’re getting there…

Our cost-benefit analysis reveals that there are substantial monetary benefits related to productivity, wages and tire life. While autonomous hauling system implementation would be on average $13M at a site with 10 trucks and 15 ancillary vehicles, the total benefits are calculated to be $19M. This indicates that investment into autonomous technology ultimately pays off. It’s increasing overall productivity of the site and addressing the skills shortage that plagues the industry.

We need to also address the growing market opportunity to retrofit current heavy equipment to become autonomous. We estimate the retrofit market to be approximately $3BN by 2022.

Cue: SafeAI. Off-highway autonomous vehicles brought to market by the major OEMs is only part of the equation to realize fully autonomous vehicles across thousands of sites this decade. End-users such as mine operators, aggregate producers, and construction general contractors want scalable autonomous solutions across a diverse mix of vehicle types and heavy equipment. Existing OEMs alone will not be able to get them there by exclusively offering new AVs.

Our portfolio company, SafeAI, is an example of a company providing a complementary product that is shifting market power to the end customer. SafeAI’s full stack autonomous ground vehicle software solutions for the construction and mining heavy equipment industry provides a retrofitted solution to existing heavy assets. The full stack solution includes 3D perception, teleoperation, autonomous operation, and fleet management. SafeAI’s aftermarket solution is sold both to OEMs and end users. SafeAI can functionally isolate feature sets for modularization and is able to provide a much needed piece to the AV puzzle allowing firms like Komatsu to really enter the OEM AV arms race. Assets that have a long life ahead do not need to be pre-maturely replaced for the sake of becoming autonomous right now. Or, more eloquently put,

“Don’t throw the baby out with the bathwater. “

While several operators, producers, or general contractors might not be ready to commit to a large CAPEX for new autonomous vehicles, SafeAI provides an OEM agnostic aftermarket solution at a lower price point than buying a new heavy machine on the market.

It should be noted that some OEMs, as well, retrofit existing assets. Caterpillar’s Cat Command for hauling, for example, is the current solution and market leader.

So, there you have it. Large scale deployment of off-highway autonomous vehicles will not be driven exclusively by OEMs or by companies such as SafeAI. Rather, the combination of new autonomous equipment sales and retrofits of existing assets will enable off-highway autonomy to be realized sooner and at scale before on-highway. The AV hype and rollout is real, we’re simply defining a possible way it will play out in the years to come.

Human driver does everything (full-time performance exclusively by the human driver).

An automated system in the vehicle can sometimes assist the human driver conduct some parts of driving (such as assisted steering or acceleration/deceleration using information about the driving environment).

An automated system can conduct some parts of driving, while the human driver continues to monitor the driving environment and performs most of the driving (examples: Tesla Autopilot, Volvo Pilot Assist, Mercedes-Benz Drive Pilot, Cadillac Super Cruise).

An automated system can conduct some of the driving and monitor the driving environment in some instances, but the human driver must be ready to take back control if necessary (example: Audi A8 conditional automation model).

An automated system conducts the driving and monitors the driving environment without human interference but this level operates only in certain environments and conditions (all aspects of dynamic driving with no human intervention).

The automated system performs all driving tasks, under all conditions that a human driver could.

Thank you to Foundamental’s Insights team for digging up critical golden nuggets of information for this article.