The Future of Blue-Collar Work 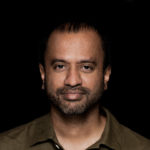 Most of us have been chilling , losing our mind, staying calm, operating as WFH professionals for the better part of the last two months. It remains to be seen just how much WFH becomes a part of a white-collar worker’s future if when things return to normal.

And while COVID-19 might be accelerating existing trends in the white collar economy, it might also lead to the backbone of our economies — The blue-collar workers powering industries such as trucking & transportation, construction , manufacturing and warehousing — playing an entirely different role in the future.

1. Blue-Collar workers will benefit from being in Hot Demand…

A trend that we had already started seeing in the before time was the relative and growing scarcity of blue collar workers in mature markets like the US and Europe.

This is consistent with our own research which points to constraints in the blue-collar workforce for industries such as Construction. For example :

Clearly, construction and other blue-collar centric industries have been becoming less attractive to a younger, more millennial workforce.

(This clearly represents an important bottleneck, and one we will keep returning to in this article.)

But surely, you might think, COVID-19 will (continue to) hit the frontline blue-collar workers very hard?

Several market signals and first-hand data, especially from Asia, suggest an unexpectedly strong rebound in infrastructure projects and spend, with the backlog from the last 3 months possibly resulting in a “post-pandemic construction tsunami“.

The one catch : There aren’t enough workers.

Even in markets like India that have a huge labour surplus and a disproportionately skewed employer — labour ratio, news items like the one below are becoming more common with the resumption of construction in a post-lockdown scenario:

And this shortage is the most pronounced in industries that are highly dependent on blue collar labour, such as construction, manufacturing and logistics.

But have we seen something similar before ?

But of course we did !

One of the more long-term effects of the very scientifically named Black Death, was the acute shortage of peasants and urban workers in Europe.

So dramatic was the shifting of economic bargaining power in favour of the blue-collar workers that even though the rulers of the time imposed harsh punishments on workers demanding higher wages, there is clear evidence that worker wages and living wages improved considerably after the plague.

Might the improvement of the workers’ living conditions also have seeded the Renaissance Period ? And if yes, what might this signal for the future of workers ?

Will history repeat itself in the form of a post-pandemic world that offers blue-collar workers higher wages and greater financial security ?

2. …But those demands will come with new expectations.

However, it is prudent to remind ourselves that the higher wages paid to blue collar workers in the future will likely come with new strings attached.

Workflows which were largely executed using paper, face-to-face meetings and whiteboard sessions and phone calls/ messages will shift to being driven through remote collaboration tools (especially when blue-collar workers need to interface with white-collar workers) that are tailored for Blue collar use-cases.

While, on the surface, the use of digital collaboration tools might seem a trivial ask (especially for white-collar readers), it assumes and implies a certain degree of familiarity with the use of IT and digital tools — Something that is in fact quite unfamiliar to most blue-collar workers (and which is probably just one of the reasons why blue-collar professions are becoming less appealing to a more digitally-savvy millennial workforce)

Oh, and while we are on the subject of expecting our blue-collar workers to become adopters of technology, they will hopefully have no objection with adopting location and contact-tracing solutions as well?

3. These expectations will be fulfilled by new education programs…

With the blue-collar workers now expected to become proficient at using digital tools, what formal avenues could they turn to, in order to upgrade themselves ?

How about an expensive, full-time education program that requires all tuition costs to be paid upfront, might not ensure job-fit, and which also doesn’t necessarily deliver a positive ROI, right after a global pandemic makes the job market highly volatile ?

I know what you are thinking…

No wonder our blue-collar workers are highly circumspect when it comes to signing up for education/skilling programs.

But it doesn’t have to be that way.

As the likes of Lambda School and Scaler are showing in the White Collar world, the future of higher education for Blue Collar workers might be highly targeted 6–9 month programs administered digitally, require no upfront payment, and which are tied to future success through income share agreements.

And perhaps the need to seek out a learning cohort will influence a rise in labour union memberships, not just to seek collective security, but to foster collaborative and peer-to-peer learning in an “on-the-job” environment.

4. …which will see the Blue Collar turning Gold

Ever heard the term “Gold Collar“? I hadn’t, until quite recently.

It was coined by Prof. Robert Kelley in 1985 to describe highly-skilled and essential knowledge workers whose value comes from brain power and mastery over their trade, and describes professions such as doctors, surgeons, pilots, lawyers and technologists (and probably does not include Venture Capitalists).

While it might seem like a stretch to suggest that Blue-collar professions could yield Gold collar capabilities, think of how auto mechanics levelled up to become Mechatronics experts as a result of highly focused skill development programs implemented in Germany and Japan.

What if similar skilling programs can yield a selective new genre of Gold Collar professionals that come with mastery over new / hybrid disciplines, mastery that makes them highly valuable knowledge workers , representing aspirational value for a millennial workforce that demands intellectual stimulation and social validation ?

At Foundamental, we have often debated if the typical Construction worker for the future will be a PhD.

Perhaps the equivalent of the future PhDs in Blue-collar professions will be highly sophisticated Gold Collar workers who will be prized for their brain power as employees, gig professionals and entrepreneurs.

If you are a Founder building for the Future of Blue Collar Work, we at Foundamental would be grateful to hear your story!