The case for solving construction CO2 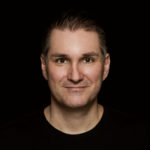 ‘Our house is on fire.’ That was the message Greta Thunberg addressed the global Davos elite within early 2020. You don’t have to agree with the picture she used, but the fact that we need to get our sh*t together is something that science is unusually united on. To be honest, we actually quite like that picture because we really believe that the world is on the brink, and we got no time to waste.

And we’re into houses. We have an undeniable passion for all kinds of buildings (though not for fire) and, more importantly, think that buildings hold one of the biggest levers for climate impact. Here is why.

Construction and mining account for 17% of global CO2 emissions. That is a lot, but attention instead goes to mobility (9%) or air travel (3%). The lack of awareness wouldn’t be a problem itself, as long as action was taken. But the industry is not solving the problem from within, because it’s not only one of the biggest polluters, but also highly inefficient and undisrupted (see a connection here?).

Construction seems to be left behind in an era of change. Productivity dropped by 27% in the last 25 years, while most other industries have seen steep productivity increases. In all these other sectors, half of all companies have been acquired or gone bankrupt in the last 20 years, but 85% of construction companies are still there. Unchanged and undisrupted. How come?

We believe it’s the high fragmentation that hinders substantial change from within: 80% of value-add in construction comes from companies with less than 250 employees – and those companies make up 99.9% of construction revenues. To us, it’s a textbook example of “fragmentation”. And it might also explain why R&D spend in general is also pretty low compared to other sectors.

To make matters worse: A lot of construction and its emissions are yet to come. In 2016, an estimated 235 billion m² of total floor area was reached. It took us more than a hundred years to get here.

Add the ongoing megatrend of urbanization, and you see why projects become ever more complex and constrained, while the sector will remain inaccessible and fragmented. That’s no surprise as sites will always be geographically dispersed. That’s for sure. Ten billion construction sites will always be in ten billion locations. Assembly will always be hyper-local as fully-assembled structures are still too heavy to be transported, and there will always be physical and temporal distance between involved parties. All this piles up to the massive challenge of solving emissions from construction and mining – but also shows why construction holds one of the biggest levers for positive climate impact.

Well, there obviously is no way around it. The challenge is existential and immediate. The way we do construction today will become impossible quite soon. Climate requirements and regulation will significantly increase (for obvious reasons), while shareholders already demand answers today and bring up the notion of stakeholder capitalism. No doubt, construction needs to change. But how?

Bringing down emissions in construction is not as easy as plugging out conventionally generated electricity and plugging in renewables. Looking at the construction phase, the vast majority of emissions come from the materials used to build – a stunning 93%. Think of steel, cement, or other mineral materials and chemically engineered components (e.g. insulation). Even though materials’ production has become less CO2-heavy in the past decades, it’s clearly not enough. While carbon capture can and must be an answer in parts – especially to bridge us – we also need to turn to the choice of materials (increase of carbon-neutral substitutes) and the amount of materials used and waste produced (drive efficiency over the whole supply chain).

Orchestration is part of the answer

More efficiency, less waste – this is precisely why we believe construction needs to and ultimately will become an orchestrated economy. Orchestrated by autonomous and circular supply chains that build on integrating all the data pools that currently emerge as simple tasks get digitized. Just think of the interplay between batch plant, truck, and site and what could be done if an artificial intelligence understands the on-site video feed and autonomously steers involved parties. You get better decisions that are based on trillions of data points and end-to-end visibility over workflows. This transparency over whole supply chains makes it possible to reduce emissions in any part of the chain.

Here is how: eliminating material waste at the design stage can lead to an 18% reduction of GHG emissions (e.g. applying computer-optimized engineering in the pre-construction phase). Looking at concrete, digitalisation, improved mix design and new admixtures can reduce cement in concrete by 15% and its emissions by 6%. And let’s not forget logistics. Obviously, the source of the material being used has a tremendous effect on its footprint. But just the optimized utilization of trucks and truckloads will shrink the fleet by 20 percent. Add electrified and semi-autonomous machinery and you can get a 98 percent reduction in carbon emissions on-site. That is why we believe in orchestration.

No matter if we go after efficient pre-construction choices, sustainable and circular materials, or carbon capture, construction needs to change. And we need to do it fast (remember our house being on fire?). How do we do that? Well, we think the fastest solutions come from the best tech founders around the globe, fueled by venture capital. This might be a bit obvious given our line of work, but we deeply believe in the innovative power of venture capital (if you don’t, have a look here or here).

However, there is a remarkable gap between the massive amount of global emissions that construction and mining account for and the super small investments thrown at the problem in the last 20 years. Why don’t we put it to use where it has the most significant impact? That is why we back the bold and bright founders that transform the industry’s carbon footprint by scaling masterable(!) technologies.

We have learned from the mistakes made in the first cleantech wave. They underfunded the cost-degression of superior tech (did mostly overspent on POCs), while overfunding hard-to-master tech before scientific advantage were shown. We combine scientific know-how with the deep industry insights we have as specialist VC to identify tech and ventures where an influx of capital will allow for radical cost-degression, industrialization and scale.

There is an immediate effect (and money to be made)

Remember the massive net-increase in new buildings, aka adding Japan to the planet every year? That’s right, we go after construction emissions because there is an immediate effect – no triple down effects over decades, but actually bringing down upfront emissions of buildings. But the massive net-increase has another effect. It creates a pull market for green building tech with instant demand. That pull gets even bigger when regulation increases, and all the green stimulus packages around the globe start to work. A value chain delivering approximately $12 trillion of global value-added and $1.5 trillion of global profit pools looks set for overhaul, and a $265 billion annual profit pool awaits disrupters.

Now you know why we love construction and want everyone else to love it too (or at least bring it into focus when it comes to climate action).