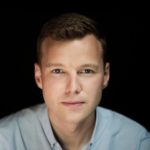 We don’t want to blame former US president Ronald Reagan. Still, in his famous Berlin speech in 1987, he not only called upon Gorbatschow to “tear down this wall,” he also looked “to the day when West Berlin can become one of the chief aviation hubs in all central Europe.” While his first call to action became a reality just two years later, the second one took until today (lucky us, it wasn’t the other way around). But back then, he obviously sparked the obsession of Berlin’s administrators to build a mega airport that can compete with other major cities in Europe.

Thirty years later, that airport becomes a reality these days, with the first planes taking off at BER. The only problem: the largest infrastructure project of Germany and Europe’s biggest construction site for a while has cost nine times more than planned and now opens nine years after the announced opening date. It comes after six missed openings in the past and has led to countless lawsuits, three parliamentary inquiries, and several corruption scandals. The Economist calls it Germany’s best-known infrastructure disaster. It’s a story of megalomania and politicians that considered themselves the better general contractor but were proven wrong in a way that has become the subject of daily jokes in Germany and draws schadenfreude from around the world.

The sheer fact that a public infrastructure project is delayed and gets more expensive is nothing unusual (didn’t we all get used to it somehow?!). It happens all over the world. Oxford professor Bent Flyvbjerg studied over 250 public megaprojects in 20 countries and sees a reoccurring pattern: they deliberately misrepresent costs and risks to increase the likelihood that it gains approval and funding. This leads to the “survival of the unfittest,” in which often not the best project, but the most misrepresented ones are being built.

For all we know, that is undoubtedly true for Berlin airport, too. However, there is more to the story. It’s one of 120,000 construction defects with a head-spinning list of failures: automatic doors lacking electricity, escalators not being long enough; a roof twice the authorized weight; and miles of cables mislaid. Let alone “the monster,” a vast smoke-extraction system that was ineffective (we believe it got the name after the fourth missed opening some years ago…).
That list goes on and on, but we guess you got the point, which leads to the looming question: what the f**k happened? We looked through the available sources, and found three overarching answers. All not new to construction pros, but they were exaggerated at Berlin airport. That’s for sure.

I. Bad planning (and a wrong approach)

Besides an ineffective “monster” (aka the fire protection system), cable shafts were dangerously over-burdened, and there weren’t enough check-in counters and luggage retrieval systems. The cooling units were too weak, creating potential overheating and emergency cut-offs to the entire IT system, which would have left Berlin’s new airport without computers. On top of all that, flight paths and sound protections zones were incorrectly calculated.

Well, all that sounds like bad planning, doesn’t it? And that’s no surprise. After a year-long dispute over where to build the airport, they decided to contract out the construction and operation of the airport in 1999. The accepted bidder was a consortium, including Hochtief and the operator of Frankfurt airport. Despite alleged corruption during the bidding process, experts are pretty confident Berlin airport would have been up and running in 2003 (pretty dull, right? But wait for the next act). After all, construction giant Hochtief had just successfully built mega airports in Athens and Saudi-Arabia.

But when Berlin mayor Klaus Wowereit took office in 2001, things changed. Backed by a center-left coalition in the city, he canceled the agreement with Hochtief just 18 months later and turned it into a city-managed project. Without any external general contractor in charge, the city had almost 70 different engineering firms working as planners on the site at peak times.

Learning: 70 engineering firms is a lot to coordinate, but that is construction reality. You will always have many different players in a construction project. Whether it was a good idea to have state institutions orchestrating all the players is another question. But you need someone that solves your project’s most complex constraints, optimizes essential project resources like labor, equipment, and materials, validates the constructability of your baseline schedule, and improves your project planning using data, not heuristics. And certainly not hoping or guessing. Tech firms such as Alice or nPlan are building the scheduling optimizers for 21st century construction.

II. Too many hands (not aware of each other)

Fragmentation is one of the critical characteristics of the construction industry. 80% of value-add in construction comes from companies with less than 250 employees – and those companies make up 99.9% of construction revenues. To us, that’s a textbook example of “fragmentation.” It is due to all the different trades involved and is one of the significant challenges of any construction projects: steering all the different hands most efficiently. That is usually the task of a general contractor – which in this case didn’t exist, right. But it gets even worse.

Intending to boost the local construction trades, they invited even more hands than necessary. In the end, the major contract for the construction of a passenger terminal is not, as initially planned, one lot for a general contractor, nor are there seven lots (as planned for a while); but instead, everything was fragmented into 40 individual contracts. Total chaos.

The once proven idea that the state finds a general contractor turns into a bazaar organized by the state.
Learning: It doesn’t have to be that way. Even with many different contractors, site workflows, including quality, safety, workforce management, and maintenance, can be automated and accessed using mobile devices. The data captured provides insights to streamline operations and drive results. With workflow automation solutions like Novade or Procore all modules, projects, and contractors are connected on one platform, and all processes can be managed digitally.

III. Weak progress monitoring (and an even worse crisis management)

The result of the above: 40 separated construction sites, where the left hand didn’t know what the right one was doing. In many cases, the right plans were missing, leading to unpredictable collisions – a thousand times. Where a pipe would have to be laid, there was an air flap, and where there is a flue, cables would have to be pulled. Of course, that is everyday life on construction sites all over the world. But due to the particular circumstances described above at Berlin airport, you didn’t have a functioning monitoring that would help to detect and manage such collisions.

In the end, it led to some form of on-site anarchy. Building contractors no longer reported collisions and cleared them up together with planners and site managers but simply resolved them on their own through improvisation. Walls were drawn that weren’t in any plan, and ordinary walls were billed as fire protection walls, pipes were laid that belonged elsewhere, sprinkler heads were installed but not connected to the water. Just a great deal of botching going on.

It was at that time when a pub owner who leased a lot at the airport was charged with 36,000 € for a single electrical socket he needed to offer his guests free phone charging. It doesn’t matter whether it was just profiteering or the real cost of an additional socket. It tells you quite a lot about what was going on at Berlin Airport.
Learning: The bigger the construction site, the more critical is the need to know precisely what goes on at any given moment and in real-time. It’s the only way you can deal effectively with unpredictable changes and avoid situations where you have to cancel a long-planned opening just a few weeks in advance. Reality capture-and-compare solutions like HoloBuilder or Buildots give you precisely that kind of accurate transparency. They let you easily capture, view, and control project progress in 360° and with one single point of truth.

Would have all these tech solutions had helped? Maybe. We also don’t have the full picture of what happened in the last thirty years from Ronald Reagan to the first planes taking off today. We actually aren’t sure whether there is anyone out there having that full picture. However, we genuinely believe that Berlin airport is another impressive example that our beloved construction industry is in urgent need of some tech. It seems to be left behind in an era of rapid change. That might be due to its high fragmentation or the low R&D spend in general. What we know: there is more construction to come, and we should start building smarter – for the sake of costs, emissions, and the people of Berlin that waited decades for a new airport.